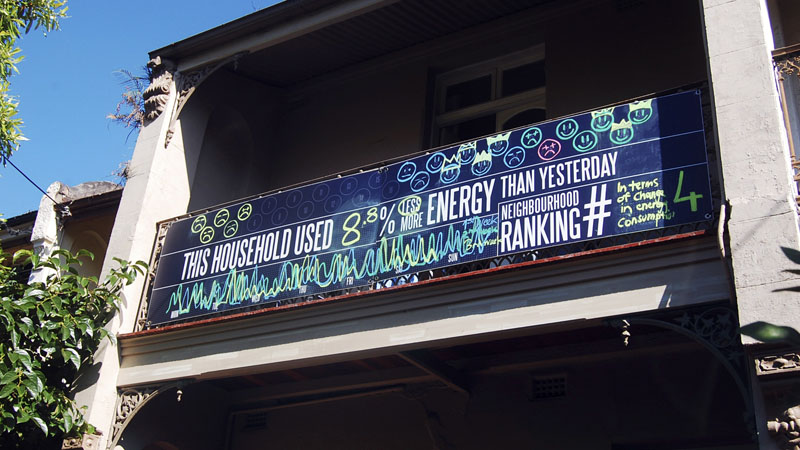 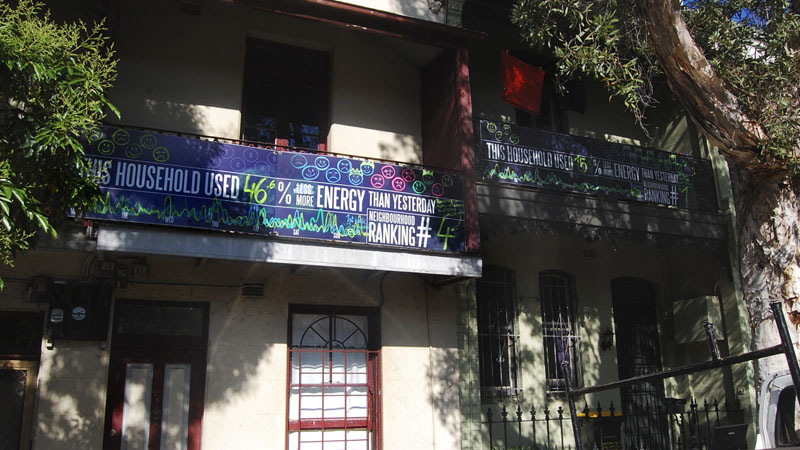 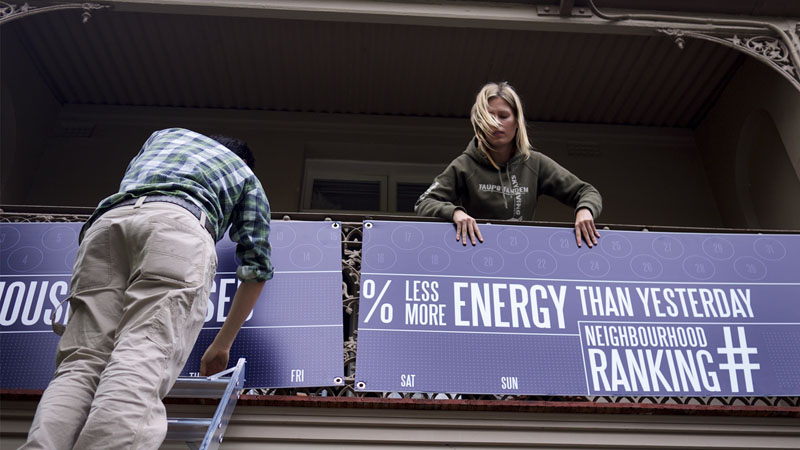 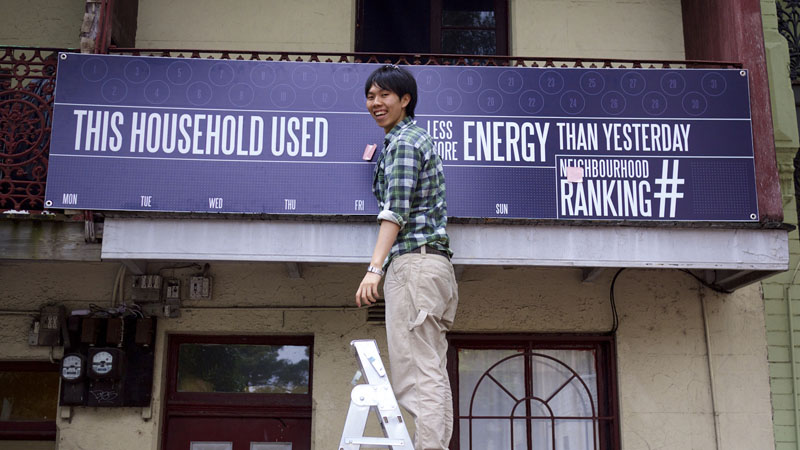 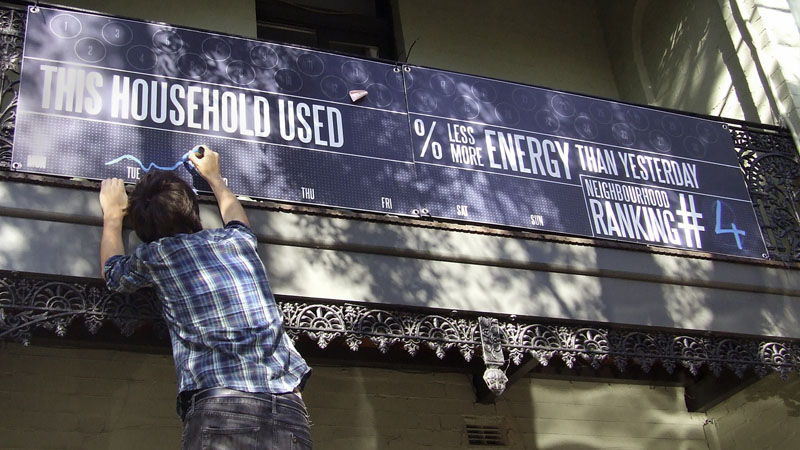 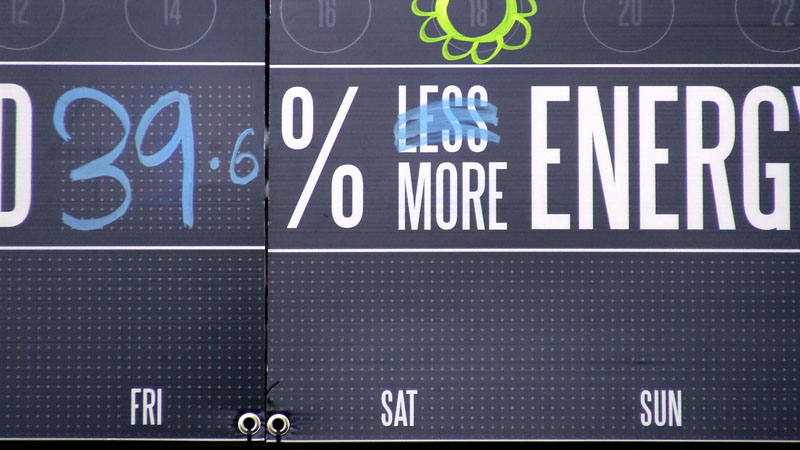 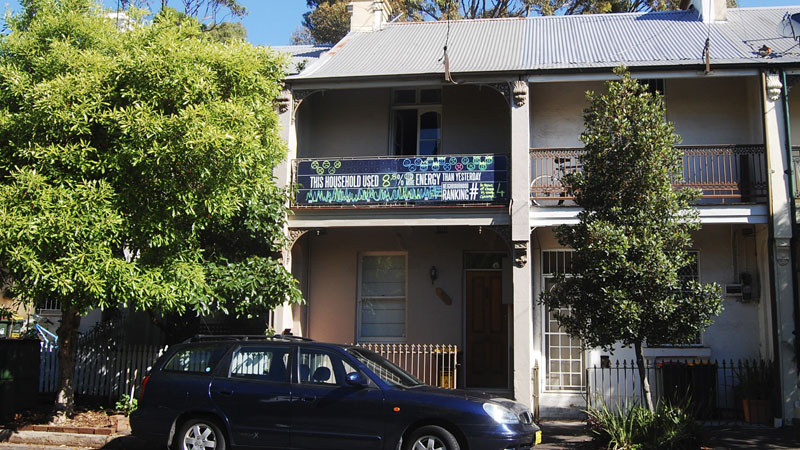 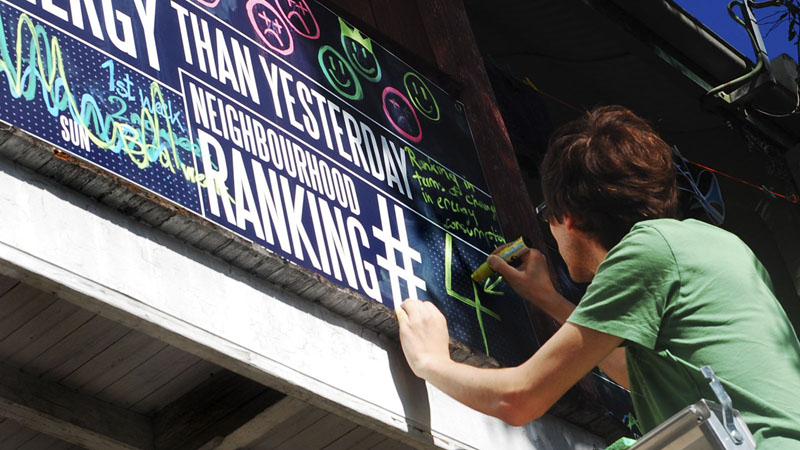 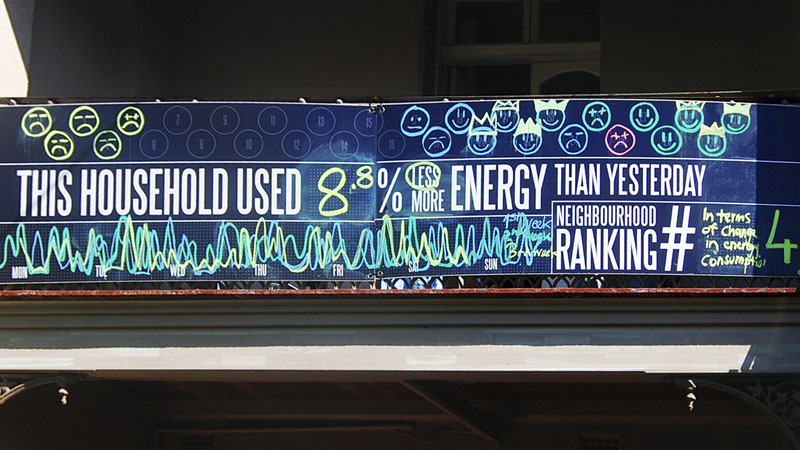 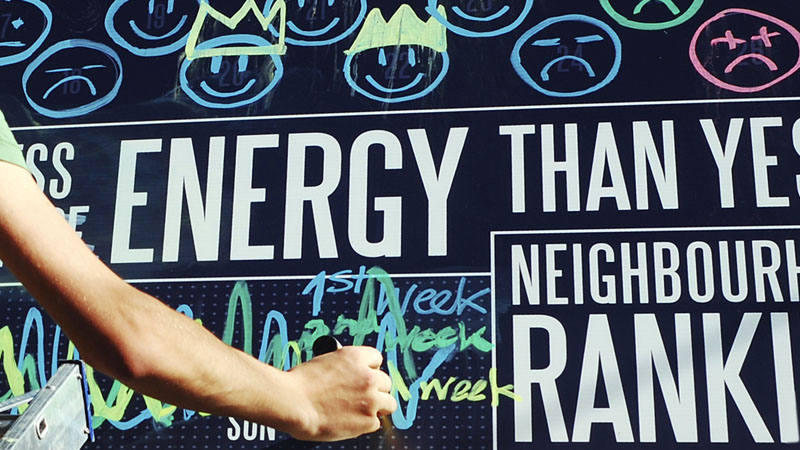 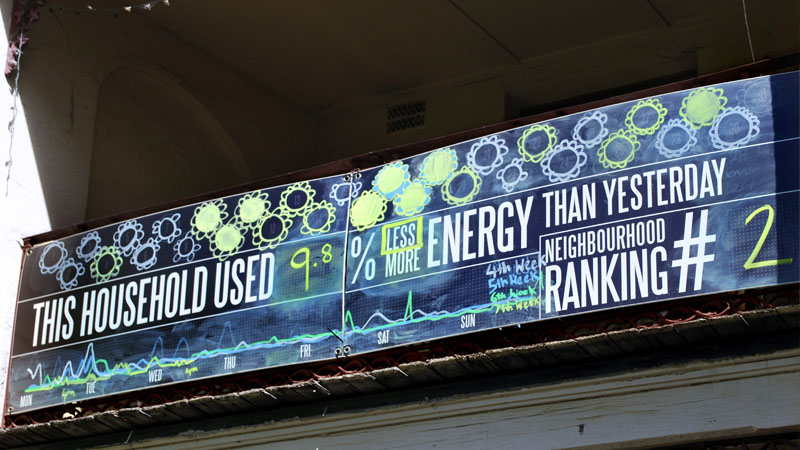 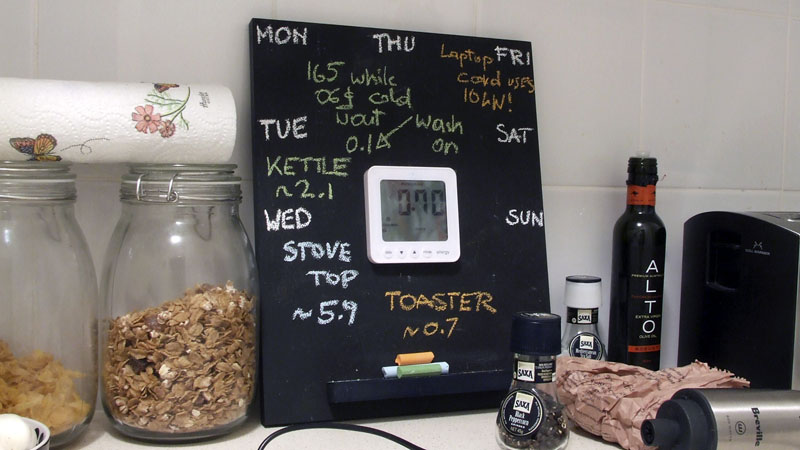 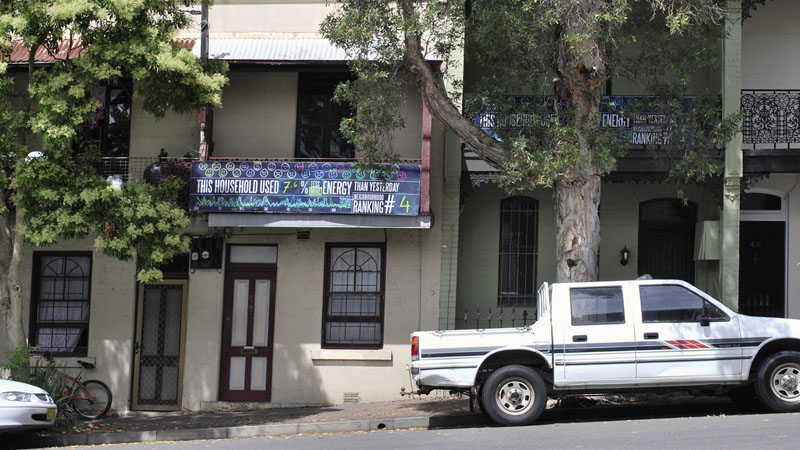 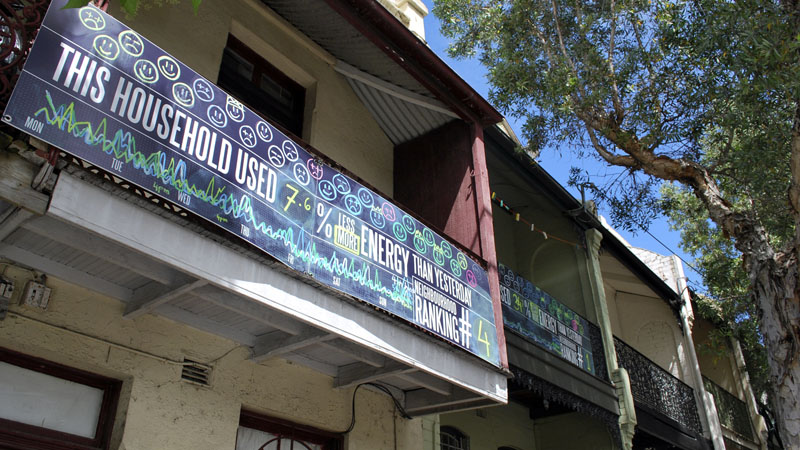 The Neighbourhood Scoreboard project investigates the effect of public exposure of domestic energy usage on house facades.
The research project started in 2009 and was carried out at the Design Lab, University of Sydney.

From October to November 2010 five chalkboards as feedback displays were installed in a Sydney neighbourhood and manually updated each day. The visualisation included the change of electricity consumption compared to the previous day, a symbolic representation for each day of the current month, a graph representation for each week, and a daily neighbourhood ranking. Chalkboard was the material choice because it does not require any energy, is easily updated and maintained, low-cost in production and we found the aesthetics to match nicely the existing architectural typology.

The aim of the study was to measure the persuasive effectiveness of public feedback. The public feedback display was developed through a design-oriented research approach. This involved the execution of successive designs on the basis of iteratively refined constraints and requirements, and the production and evaluation of various low-fidelity sketches, mockups and working prototypes. We decided on the house facade as the ideal location for conveying feedback in a public context: a large sign mounted on a house facade intuitively refers back to the inhabitants that cause the behaviour, while it also ensures uninterrupted visibility to neighbours or passers-by.

Energy usage depends on many factors, such as the number of people living in the household, the inhabitable surface area, the type of appliances used, whether gas or electricity is used for heating, and so on. The display therefore shows change in energy consumption over a specific period of time. This also provides for a certain degree of public privacy: communicating "no, or little change" conveys a different meaning from "no, or little usage", for instance in the case when a household is absent for a long period of time. To ensure people were able to relate their recent decisions and activities to the actual performance shown on the displays, we preferred to compare daily (vs. weekly) energy usage. In order to provide a more detailed view of the energy usage patterns in multiple visual ways, we used a combination of graphical and textual visualisations: change in electricity consumption compared to the previous day, a historical graph that allowed to compare between weeks, a pictorial bar showing rewards for sustained change in the form of smiley faces, and a daily ranking between participating neighbours.

The public display was installed on the facade of five houses and the display was manually updated on a daily basis for the entire study period. Households were also provided with a common electricity monitor, embedded in a custom-made blackboard to entice the trust that the information shown on the public display was based on continuous and accurate measurements.

The energy performance of the five houses equipped with public displays was compared to two control groups: The first control group consisted of three households that received a common electricity monitor. The second group consisted of three households, for which we measured the electricity consumption during the study period, but without giving participants access to this information.

The quantitative measurements showed that households that received a public display decreased their energy usage on average by 2.5% per week compared to a decrease of 1.0% per week in the control group with common electricity monitor and 0.5% per week in the control group with no feedback. The presence of a public display further led to a more sustained conservation behaviour compared to only having access to private feedback. Interviews with participants confirmed the effect of the competitive neighbourhood ranking as being ideal for initiating behaviour change, but also also revealed several unexpected side effects (e.g. clustering energy-intensive activities to specific strategic times) and suggestions for improvement.

The Neighbourhood Scoreboards project was funded by the Faculty of Architecture, Design and Planning Sustainability Cluster at the University of Sydney.

A project by the Design Lab at the University of Sydney in collaboration with
K.U. Leuven.